ATOM (or ATOM) is the cryptocurrency of the Cosmos Network, which aims to create an interoperable blockchain ecosystem that facilitates the exchange of cryptocurrencies and tokens between blockchains. On paper, ATOM’s design sounds highly ambitious, but what exactly does it do?

How does it do it?

And why does this matter?

This beginner’s guide to ATOM and the Cosmos Blockchain will answer these questions and more so you can understand why this could be one of 2019’s biggest projects. Let’s start at the beginning... 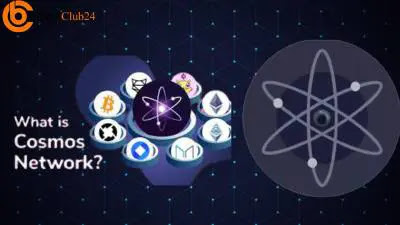 The Cosmos ecosystem is a network of blockchains that can interact with each other.
The main aim of the project is to make it easier for developers to build decentralized applications.
The native token of the Cosmos network is ATOM.
The Cosmos Hub is the first blockchain in the ecosystem and it is used to connect other blockchains
in the network.

The Cosmos SDK is a toolkit for building blockchains.
It is written in Go and provides a modular approach to building a blockchain.
The SDK allows you to build your own blockchain or customize an existing one.
The SDK also comes with a set of tools for testing and deploying your blockchain.

The Cosmos Network is a decentralized network of independent parallel blockchains,
each powered by BFT consensus algorithms like Tendermint.
Its vision is to create an Internet of Blockchains,
where different blockchains can interoperate with each other.
The native currency of the Cosmos Network is ATOM.
In this guide, we will explain what ATOM is and how it works.
We will also provide some atom cosmos price predictions for 2020-2025.

Why Are We Excited About ATOM?

ATOM is a cryptocurrency that is native to the Cosmos network.
The main attraction of ATOM is its staking mechanism, which allows users to earn rewards for participating in consensus.
This makes it an ideal currency for those looking to earn a passive income.
Additionally,
ATOM has a strong team of developers behind it and is one of the most active projects in the cryptocurrency space.
We believe that ATOM has a bright future and are excited to see what the project will achieve in the years to come.

Why Is The Cosmos Blockchain Different From Other Blockchains?

How Does The Stellar Consensus Protocol (SCP) Work?

The Stellar Consensus Protocol (SCP) is a consensus algorithm that allows for secure, decentralized transactions on the Stellar network.
In order for a transaction to be valid, it must be approved by a majority of nodes in the network.
The SCP algorithm makes use of quorum slices, which are groups of nodes that each have a say in whether or not a transaction is valid. Nodes can belong to multiple quorum slices, and each slice can have different rules about what makes a transaction valid.
This allows for different types of transactions to be processed on the network, without any one group having too much control.

An atomic swap is a trade where one cryptocurrency is exchanged for another cryptocurrency, without using a third party.
This type of trade is also known as a cross-chain transaction or CCX.
The way it works is that if I want to exchange my Bitcoin for your Litecoin, we will find each other on either blockchain and execute a smart contract between us with these two conditions:
1) The sender of the currency has enough coins in their wallet.
2) The receiver provides an address where they want to receive their new coins.
Once this information has been shared, we can complete our transaction by signing with our private keys.
Once both parties have signed the contract, it executes automatically and the process finishes instantly.

AtomSwap is a new decentralized trading platform that is powered by the Cosmos blockchain.
AtomSwap is designed to be a trustless, decentralized exchange that allows users to trade any digital asset.
The platform uses a hybrid of proof-of-stake and proof-of-work to ensure that all trades are fair and secure.
AtomSwap is also scalable, meaning that it can handle a large number of trades without slowing down.
Next Post Previous Post
No Comment
Add Comment
comment url
BLOCKCHAIN