Airdrops are becoming increasingly popular in the cryptocurrency space, allowing investors to create awareness and bring new users into the fold without putting additional strain on wallets or exchanges.

The concept of an airdrop is simple enough, but how do you make one work for any currency?

It’s time to take a look at how Cosmos Blockchain makes it happen with their own token (ATOM) and through third party partnerships as well. 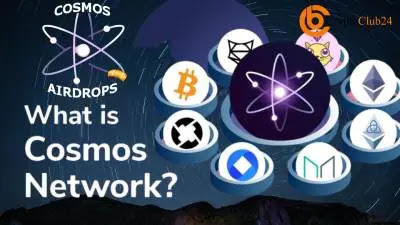 What is an airdrop?

An airdrop is a distribution of a cryptocurrency token or coin, usually for free, to numerous wallet addresses.

Airdrops are primarily implemented as a way of gaining attention and new followers, but they may also be used to distribute the tokens of a new cryptocurrency project to its community.

What is an airdrop the Cosmos Blockchain ?

The Cosmos Blockchain is making airdrops work for any currency by allowing any token that goes on its network to distribute airdrops.

This means that any project built on the Cosmos Network can easily implement an airdrop without having to go through the hassle of setting up their own distribution system.

How do ATOM airdrops work?

ATOM airdrops are a way for the Cosmos network to distribute tokens to users.
When a user holds ATOM in their wallet, they are eligible to receive a portion of the airdrop.
The amount of ATOM needed to qualify for an airdrop varies depending on the project.
If you’re looking to get involved with an airdrop, it is important to research how much ATOM is required for eligibilaity.

How do you qualify for Cosmos airdrop?

Can you make money from airdrops?

Airdrops are a great way to get free crypto. But can you actually make money from them?
With blockchain projects like Cosmos, the answer is yes.
The team at Cosmos wanted to make it possible for any currency on their network to distribute an airdrop, which means that with just one token, you could get tokens of other cryptocurrencies without having to go through all the hassle of exchanging your tokens for another one.
Next Post Previous Post
No Comment
Add Comment
comment url
Airdrop,BLOCKCHAIN