If you haven’t heard of it yet, you might be wondering why everyone else is crazy about TRON, and whether or not it’s too late to buy in.

While we can’t tell you when the right time to buy in will be, we can help demystify what TRON (TRX) actually is and how it works. So let’s get started! 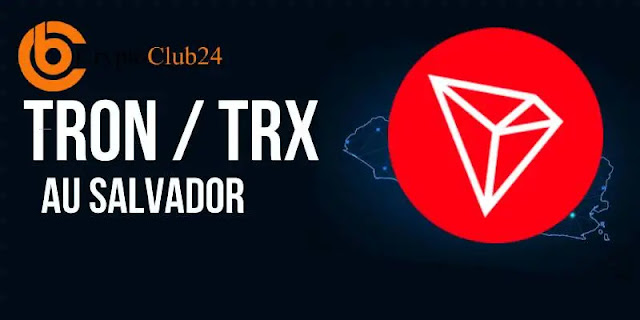 What is Tron TRX used for?

The TRON project aims to construct a global, decentralized content entertainment system based on blockchain technology. It allows each user to freely publish, store, or own data.

The issuance, circulation, and trading of digital assets are conducted transparently in an autonomous and decentralized manner.

TRON will allow contents developers to break free from centralized companies that are restricting them from earning income from their product.

Instead they can now profit from being part of an open market where they set their own price for their product; there is no cap on pricing or any restrictions making earning potential limitless through smart contracts.

Is TRX Tron a good investment?

TRON, or TRX, is a cryptocurrency that’s growing in popularity.

But what exactly is TRON?

And, more importantly: should you invest? Let’s take a look at what TRON coin and token are all about to help you decide.

If you have any questions about Tron, don’t hesitate to get in touch with your account manager or leave a comment below! How can I buy TRX coins?

: You can purchase TRON coins on popular exchanges like Binance or KuCoin.

To do so, first create an account on one of these sites by entering your email address and creating a password.

Then, navigate to Balances where you will find your unique deposit address for each currency supported by that exchange. Send funds from another exchange into your new wallet using an ETH transfer from Coinbase or another trusted source.

Once they arrive in your wallet on Binance/KuCoin, click Markets then search for TRX_BTC and click on Buy TRX button next to it.

Does Tron TRX have a future?

To find out if a currency has a future, you need to understand its market dynamics. By looking at some of these questions, we can determine whether TRON has a future or not. Firstly, lets look at its current market capitalization ($1.78 billion), which puts it in 12th place in terms of market cap for cryptocurrencies.

The total number of coins available for use, according to CoinMarketCap is 100 billion units with 45 percent already having been released into circulation; so there’s still 55 billion left to be mined.

Is Tron a token or coin?

It’s both! Unlike many cryptocurrencies, which are based on a single blockchain network, Tron is built on its own blockchain. The coin, called TRX, serves as the basic token of value on Tron’s network.

Because there are two different kinds of tokens involved with TRON—TRX and BTT—Tron has both an ERC20-compliant coin (TRX) and its own native token (BTT).

In other words, users will be able to swap their ERC20-compliant TRX for tokens on TRON’s new network at a rate of one-to-one.

We don’t know! Because only time will tell. If TRON were a stock, there would be ways to gauge its potential as an investment — its price-to-earnings ratio, for instance.

But TRON isn’t a stock. It doesn’t even have a single shareholder or owner. What we do know about TRON, however, makes it worth keeping on your radar.

Here are five things that make us say maybe when asked if you should invest in TRON — maybe as early as 2022!

The Story Behind TRON

TRON’s ICO was one of 2017’s biggest, raising a total of $70 million in just four hours. In that time, TRX became one of the top 10 cryptocurrencies in terms of market cap. Even now, TRON still ranks within these top 10 coins.

There are many reasons why people get involved with cryptocurrencies: some want to see their returns skyrocket; others want to be at ground zero for what they think will be a transformative technology; and then there are those who simply believe in its potential.

Regardless, TRX has proved its worth as a cryptocurrency since its ICO—despite having competition from other major coins like Ethereum or NEO.

So where did TRX come from and why should you invest in it?

How to Buy TRON

One of the best ways to get TRON, other than just buying it off an exchange, is through Binance. If you don’t already have Binance account, you can create one here.

Once you've registered for Binance you'll need to follow their instructions on how to deposit cryptocurrency into your account. Although there are multiple options when it comes to buying TRON on Binance, buying Bitcoin or Ethereum will be much faster in terms of getting those coins into your wallet. You can then use that Bitcoin or Ethereum to buy TRON directly on Binance's website.

For example if you bought $200 worth of bitcoin or ethereum using Coinbase, head over to GDAX and convert your USD or EUR into BTC or ETH respectively - all without ever leaving Coinbase!

How Does TRON Work

TRON is a blockchain based, open source protocol that aims to allow its users to freely publish, store and own data. Instead of relying on centralized servers, TRON’s platform allows for data distribution across a decentralized network.

The TRON protocol was created by Justin Sun, who was listed as one of cryptoclub24 . Most people have heard of his other creation—the Chinese social media site Peiwo.

TRON describes itself as the foundation stone for a new breed of digital economy where everyone will have their own virtual wealth.

The Verdict on TRON

For those interested in participating in TRON’s token swap, which will end on June 21, time is running out. The only way to complete your participation after that date is by depositing your tokens on an exchange that supports TRON’s MainNet token migration, such as Binance or Huobi.

If you miss out, you will have to wait for another opportunity to get involved. To stay up-to-date on TRON’s progress, subscribe to Justin Sun’s official Twitter account .